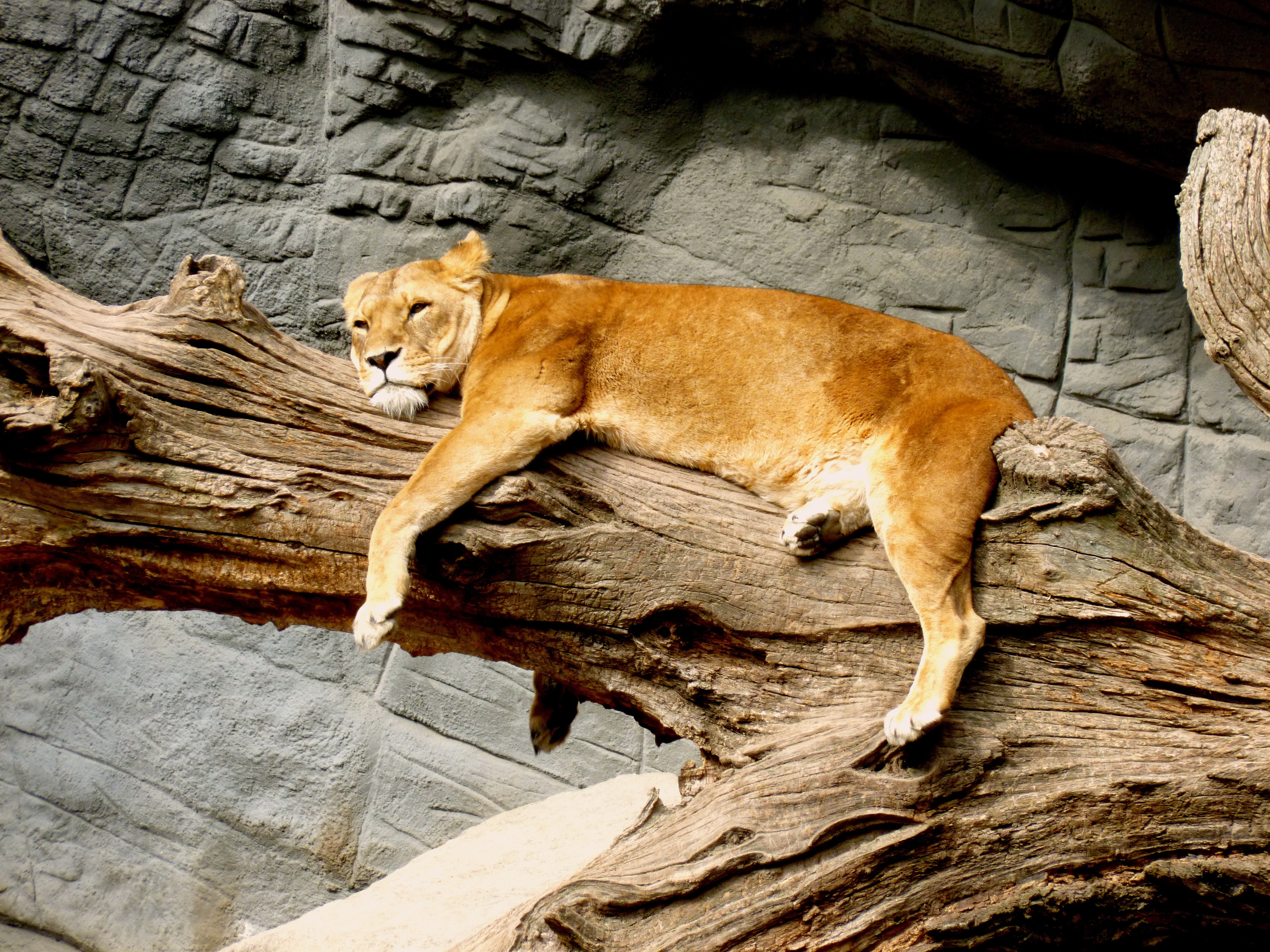 Have you ever imagined how it would feel to live with lions, the most dangerous predators in the world?

Just thinking about standing close to these big cats will give a person goosebumps. So, what if we tell you that there is a person living with a clan of lions.

Dean Schneider is a Swiss person who gave up his luxurious life to educate people about animals. His main goal is to tell people that animals are not something to be scared of; instead, we can and should have a relationship with them. He developed a massive sanctuary in South Africa that has some exotic and wild animals that no one could think of living with. However, Dean Schneider is harmoniously breaking all the stereotypes and living with these wild animals. He is not admitting that the lions can be dangerous, but he is showing the affectionate side of these wild animals as well.

Here you will find how Dean Schneider developed a strong bond with the lions and is now happily living and caring for such animals.

Who is Dean Schneider?

Dean Schneider is a person who is very much attached to animals and loves to take care of them. He is a Swiss person famous for his interactions with lions and other wild animals.

Dean started a sanctuary and a rehabilitation center in South Africa called Hakuna Mipaka. This is where lions, zebras, dogs, hyenas, baboons, cheetahs, and many other animals live in captivity. He wanted to make this place mainly to allow humans to interact with the wildlife while giving these animals natural habitat.

Dean Schneider is very dedicated to his work, and he spends almost seven hours on a daily basis posting content on social media platforms. He has a team that makes excellent quality content that helps humans understand the wildlife. Furthermore, he was featured in many newspapers and awarded trophies for his work.

Dean Schneider and his bond with Lions:

Even though there are a lot of animals in the Hakuna Mipaka sanctuary, Dean Schneider got a lot of fame because of his binding with the lion pride. The lion pride at the refuge consists of 6 members. Three of them are female, and three of them are male. Three female members are Kheliise, Nyla, and Kiara. At the same time, the male members of this pride are Dexter, Snow, and Leo.

Dexter was the first lion that Dean bought in the Hakuna Mipaka. He was a tiny cub when he stepped foot in this sanctuary; since then, he has been the start of this place. Dean was basically by the side of Dexter as he grew up, and mentally, they had a bond that not everyone can have with lions. Dean never tried to change the instinct of the lions; instead, he constantly wanted to give them an environment that was as close as the lions would have if they were free.

400 acres of land is just for these six lions to enjoy their life as accessible as possible. They get to feed on the dead zebras, cows, etc., so that their natural instincts remain intact.

Dean always tried to adjust himself to this pride rather than making them adjust according to the human’s will. He never manipulated their habits, never changed their way of living. This is because he wants humans to know the natural and authentic way of the lion’s life. He wants people to know that as scary as these animals are, it is possible for humans to live in harmony with them.

If you check Dean’s Instagram and Youtube channel, you will see him playing with the lions, feeding them, sleeping with them, and whatnot. This shows that if you have a will and you are with the lions for a very long time, there is a possibility that they might also get accustomed to you. Dean has always been patient and dedicated that now the lions and other animals understand him and love him as much as Dean adores them.

But it is essential to know that these wild animals are not supposed to be kept in captivation. So don’t think you can go to a jungle and be best friends with a lion. It needs a lot of dedication, patience, and love for the animals to trust you and be a part of their clan.

Everything you need to know about Dogwood Animal Rescue

Dogs are Better at Communicating with Humans than Pigs, Study Finds

The Surprising Intelligence of Animals

What is the Entrepreneurship Centre of Frankfurt School of Finance &...

ABOUT US
"Animals-Are-Not-Things.org is dedicated to raising awareness about the intelligence, emotions, and moral capacity of animals. We believe in the importance of granting legal rights to animals and creating a more just and compassionate society where animals are treated with respect and empathy. Join us in our mission to learn more about animals and take action to make a positive impact in the world for them."
Contact us: mail@animals-are-not-things.org
FOLLOW US
© Copyright by: Animals ≠ Things

We use cookies on our website to give you the most relevant experience by remembering your preferences and repeat visits. By clicking “Accept All”, you consent to the use of ALL the cookies. However, you may visit "Cookie Settings" to provide a controlled consent.
Cookie SettingsAccept All
Manage consent

This website uses cookies to improve your experience while you navigate through the website. Out of these, the cookies that are categorized as necessary are stored on your browser as they are essential for the working of basic functionalities of the website. We also use third-party cookies that help us analyze and understand how you use this website. These cookies will be stored in your browser only with your consent. You also have the option to opt-out of these cookies. But opting out of some of these cookies may affect your browsing experience.
Necessary Always Enabled
Necessary cookies are absolutely essential for the website to function properly. These cookies ensure basic functionalities and security features of the website, anonymously.
Functional
Functional cookies help to perform certain functionalities like sharing the content of the website on social media platforms, collect feedbacks, and other third-party features.
Performance
Performance cookies are used to understand and analyze the key performance indexes of the website which helps in delivering a better user experience for the visitors.
Analytics
Analytical cookies are used to understand how visitors interact with the website. These cookies help provide information on metrics the number of visitors, bounce rate, traffic source, etc.
Advertisement
Advertisement cookies are used to provide visitors with relevant ads and marketing campaigns. These cookies track visitors across websites and collect information to provide customized ads.
Others
Other uncategorized cookies are those that are being analyzed and have not been classified into a category as yet.
SAVE & ACCEPT
Go to mobile version
%d bloggers like this: